Description of Upside Down Frog2

Flip a frog! Aim at the goal!
Action puzzle game of easy operation!


Let's collect "Frog mark" in a stage well and aim at the goal within the number of times of specification.

-The operation method-
1. If a frog is touched and it pulls downward, an arrow will appear.

2.move to right or left your finger , And decide the strength and direction to flip.

3. If Finger is Lifted, Frog Will be Flipped, and A frog is jumped and becomes Stone!

4. you can move the frog which became a stone by touching the right and left of a screen ,a little.

5. If "Frog mark" is taken, it will jump in the direction of an arrow currently displayed on "Frog mark".


- Various "Frog mark" appear all over a stage.
Green : normal jump
Red : Big Jump
Yellow : rotate arrow
Gray : if you get ,it will Change color

Let's discern the kind, position, and the direction of "Frog mark" and get Star!


- - The "Frog's costume" and "Jump's graphics" will increase, if you got more stars!
A new costume is unlocked by the acquired number of stars.
There are a frog of a heart pattern, a cupcake, a lot of Westerns, etc. at the cute costume play of a frog!!
"Jump's graphics" (when got "Frog mark") is choosing a favorite effect, and can enjoy a stage further!!


- If the stage is advanced, various gimmicks will appear!
The clear obstacle of the mushroom which will be flipped off if it touches,
the bar which is moving,
the object which can be touched and can be moved.
...etc

- Use a physical operation engine!
Also a realistic motion and the operation which cannot be predicted!!
The world which touching simply can also enjoy!!
Invigorating action can be experienced by continuation acquisition of Frog mark!!

A Upside-Down Frog2 is a physical action game which can play whom easily.
Although there is also a somewhat difficult stage, you can enjoy yourself together with kids.
Please enjoy FrogGame!! 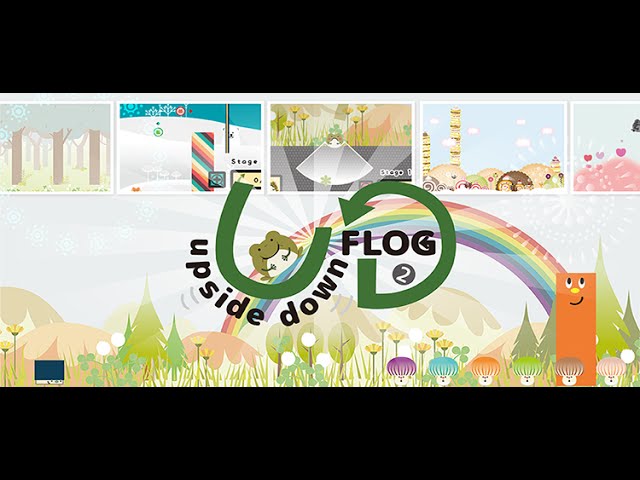