Jump into a world where your favorite characters from Dragon Ball are Toyz designed for battle!

*This game is still in it's very early stages. Depending on the reactions it gets, a lot more can and will be added to it. The animations will be made smoother, more characters will be added, a world map and story mode will be added, and possibly a multiplayer versus mode.

Some Tips on how to play the game:

*You can exit your Hero's room to go downstairs and talk with his Mother to buy Toyz from. She will charge you 100 Pops for One or 500 Pops for 5+1 free.

*The Toyz given by Mother are random.

*You can look into the Toyz Box in your Hero's room to check what Toyz he currently has.

*Clicking "Team" within the Toyz Box will show which Toyz are currently set in your Team for Battle.

*Clicking on an individual Toy will show their stats and special attack.

*Toyz share HP in Battle. When in Battle, there is only One HP Bar and the amount it has is dependent on the Sum of All Toyz' HP that are on your Current Team.

*Also clicking on an individual Toy will show their "Add" button, to add them to your team, and "Mod" button to Mod the currently selected Toy.

*Modding a toy makes them more powerful and usually gives a different Name and Appearance.

*To enter a battle, simply interact with the TV in your Hero's Room. This will take you to a menu where you can select which opponent you would like to battle. There are 11 opponents as of now, but only the first one will be available to battle when you first start the game. The next opponents on the list will become available as the previous opponents are defeated.

*This game will contain ads, but they will not pop up unless you request them to. You can view an ad after each battle you've won and, in return, you will receive double the amount of Pops you earned in that Battle.

*You may also view ads in the Opponent's Menu and will receive 50 Pops for each Ad viewed.

*If you have any questions, feel free to contact at [email protected] or visit the Youtube channel RevunGaming. 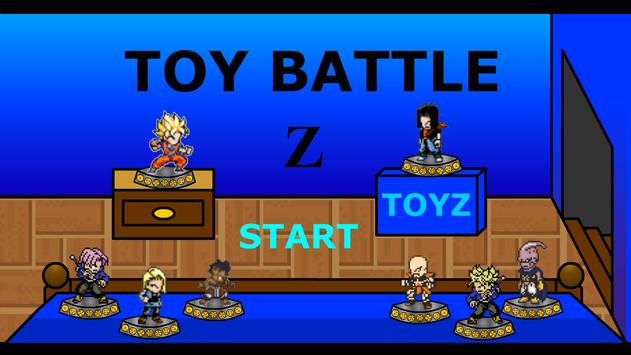