Description of The Defender

The Defender will plunge you into the heart of modern defense war. As a
mercenary, you will be equipped with most sophisticated and powerful modern day weapons to protect the company's secret.

COMBAT INTENSITY AT ITS PEAK

-2 kinds of ammo, basic&enhanced. Enhanced ammo has higher damage, which can help you finish the game more quickly.
-Upgrade your shield will make the game much more easier.
-Anti-Missile QTE System can help you intercept enemy's missiles.
-Call-Bomber to bomb the target area.
-Call-Airdrop can give you chances to get extra health point.
-When game failed, you can use the EXTRA-LIFE item to continue the gameplay without restart.

-Up to 31 achievements and 7 worldwide leaderboards waiting for you to explore.
-Backup savedgames to server and restore them whenever you want.
-The build-in screenshot system can help you keep the most wonderful moment to lossless images.

Waves of monsters are attacking your base. They move fast, strike hard, and never give up. It's time to equip your Machine Gun to fight! Can you defend your base against intruders with your weapons?

Still in Beta! Read Screenshot for Guide to play. Will be update from time to time.

Play as Allen the Defendeur in this side scrolling game shooter set in an apocalyptic wasteland. Upgrade your defenses with air strikes and rockets. Purchase ammo to maintain your defence. Retro Arcade style touch friendly gun battle game play.

Play as a commando, put a metal slug into each enemy soldier with your machine gun, enjoy classic arcade 8-bit graphics, blow tanks up with missiles. 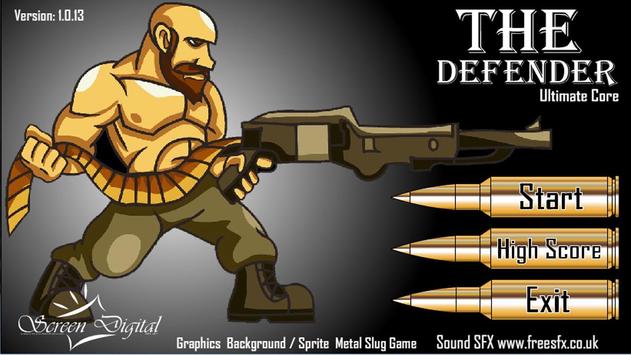 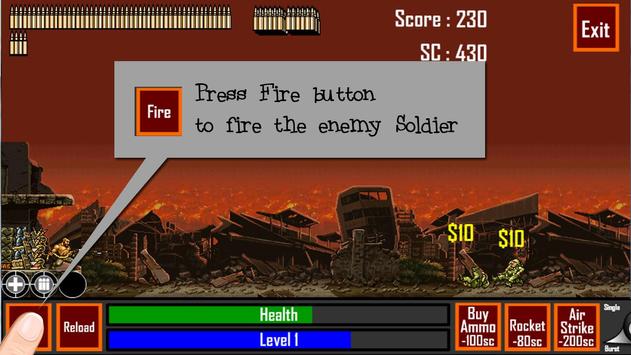 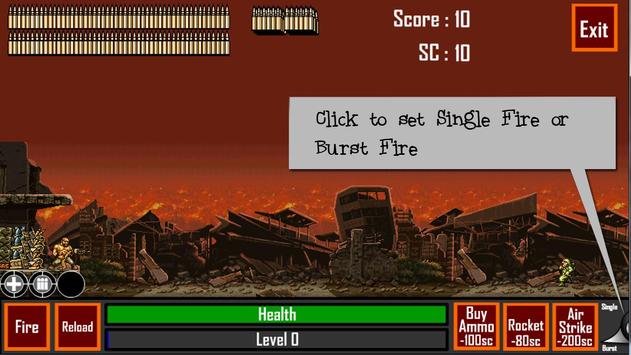 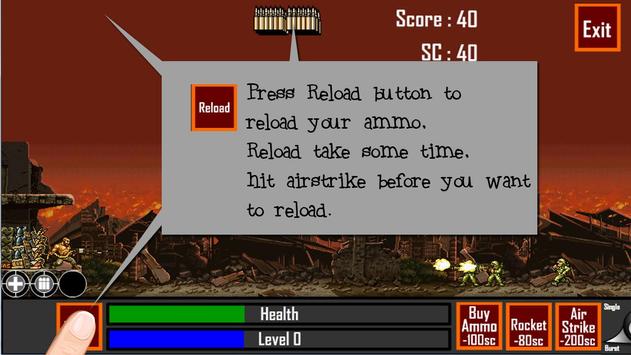 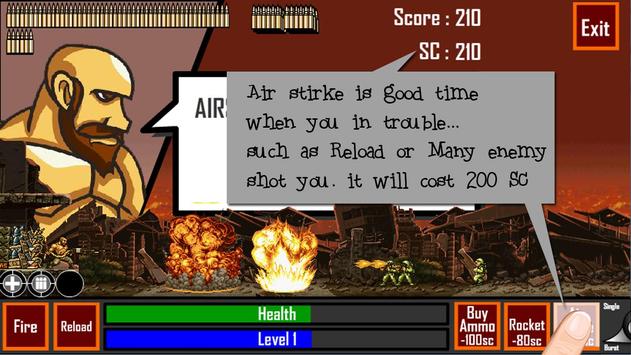 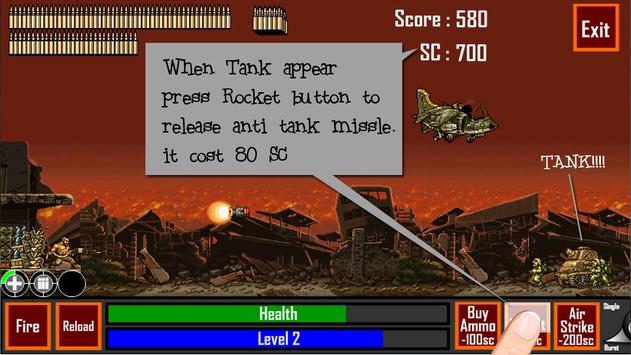 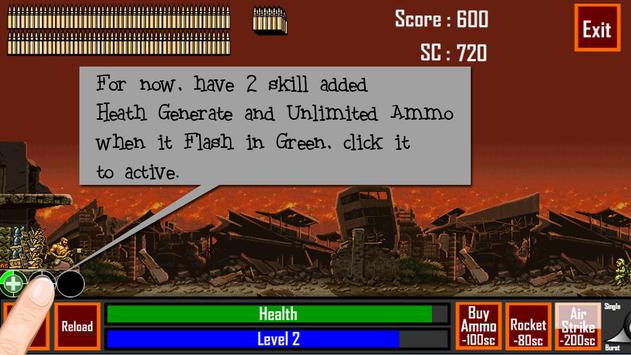