Did you know inventor Nikola Tesla claimed to have invented a particle gun? A device so powerful that it could put an end to modern warfare. Now you're wondering what the world might be like if Tesla had actually invented his teleforce gun, aren't you? NSBrotherhood and Michael Gribbin have envisioned that world in Tesla Tower Defense, a lighting blasting, ray gun shooting defense game. Hold back the air and ground forces to protect Tesla on top of his tower!

Take control of Nikola Tesla's latest invention in this electrifying defense game! Use this powerful weapon to fry the approaching enemies before they destroy your tower. You can also kill enemies by building towers, placing mines on the ground, and calling in orbital attacks. Your weapon requires a lot of energy, so you will need to be smart if you want to survive the onslaught. Receive money upon completing a wave and spend it on various upgrades.

Select your tower or ability at the top of the screen. There are ground and air towers, mines, and a powerful orbital strike. You have 30 seconds at the beginning of each wave to place as many towers as you can, after which the wave begins. If you wait to build until after the wave has started, there is a cool down period after you place each tower. As the enemy approaches, they will destroy your towers, so you will have to replace them eventually. However it is in your best interest to get as many out there as you can without having to wait. You earn money after each wave which you use to upgrade Tesla and the number and power of the towers themselves. Aside from placing towers and mines, you get to control Tesla standing tall on the orange tower. Use your finger to aim and click to fire your gun. You have a limited amount of energy to shoot with that slowly regenerates after use. Use it to help with the toughest attackers, or on a group of weaker ones. While Tesla Defense isn't heavy on strategy, it is immensely fun to zap things with a ray gun. You'll be wishing Tesla had mass produced those things by the time you're done.

Climb in your electric tesla tower and get ready to deal some damage to your marauding enemies. Place your towers carefully to destroy the invaders before they can damage your tower. Harness the power of lightning and defeat them all! Each enemy unit destroyed earns cash, which you can spend on upgrades to help kill off even more enemies. It's the ultimate tower defense game, inspired by mad-science genius Nikola Tesla himself.

In Tesla Defense 2 you have to defend mr. Tesla, the inventor of electricity, again. Fight off invading enemies using different electricity based weapons such as ground towers, anti-air towers, mines, fireballs, and orbital strikes. Good luck! 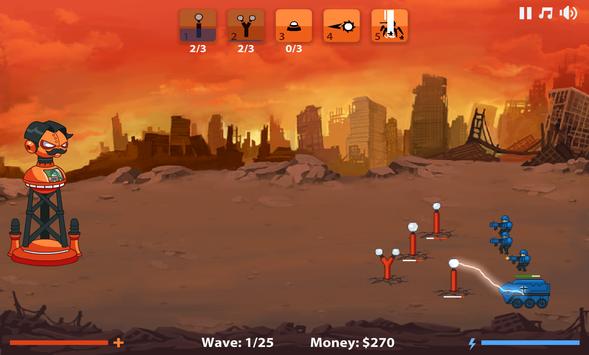 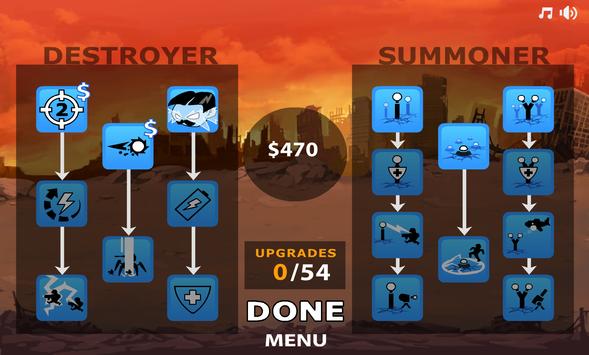