Description of Save Our Aliens

This fast-paced and addictive fall down-based game will test your reflexes as you tilt your device to slide the helpless alien left and right. Try to stay on the bricks as long as you can. You must simultaneously avoid being disintegrated by the lasers above you or being slimed in the acid pool below. Random platform positions and scored-based speed increases will ensure a fresh and challenging experience every time you play.

Story:
Don’t believe in aliens? Well, maybe you should. The alien-seeking group Save Our Aliens (S.O.A) have uncovered indisputable evidence that aliens really did crash into the Nevada desert in 1947. That’s right, the Roswell UFO incident really happened! Now that the truth is out, the government is trying to destroy all evidence and deny any involvement with the extraterrestrial. Crates of aliens are being tossed down special garbage chutes at Area 51 where they will be neutralized. You have to save them in order to avoid an inter-galactic war.

Luckily, the S.O.A has the perfect person for the job, YOU. As the S.O.A ‘s top operative you must go and save all the mysterious, slimy creatures you can.

Save Our Aliens: Extraterrestrial Escape BETA was created by Chris Corrao and Dan Pieller. The full-version of the game is still in production and will be released soon! 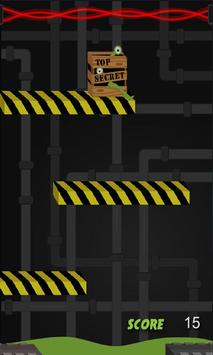 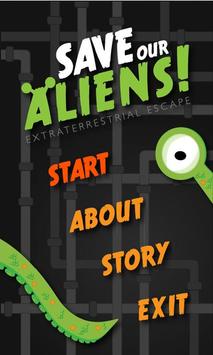 Save Our Aliens Apk Information