an twisty worm game which allow you to crossy slither with your friends. Here you are a worm who is getting bigger while crawling on the road and eating light agar dots. The goal is to keep your slither reptile as long as possible alive. Slither worm is a main hero in the game road. You can choose the strategy you like the most: flippy attack other worms or build up your power peacefully.
Become a skilled Snake io and slither to kill your enemies switch. Focus on the flip snake meat along the way, and eat as many as possible to become bigger snake. In Slither Snake, you have a chance to win even if you're tiny. You can swerve in front of a much larger player to defeat them, no matter how big you are!


You can play snake game and go online as well. Sneak, crawl and win!
Slither offline mod is presented as single player mode, while snake online – as multiplayer.
You can change the worm skin by choosing the one you like the most!

Snake Off game gives you lots of fun!

Meet with your friends and try to become the largest snake ever!

Please note, we DO NOT provide any hack and cheats as well as snake cheats! 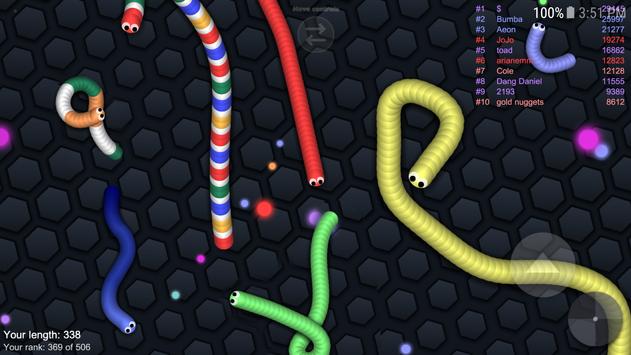