You are the best warrior of army; it is given mission to destroy enemy's forces in using gunship helicopter with great full automatic guns. You have control of guns to strike from air. Enemy is really equipped with deadly weapons. There is a fierce fight waiting for you. You will be awarded for your success in the Gunner's Battlefield if you destroy enemy forces and recovers islands. With awards you may buy guns more effective in air strike. So you can defend yourself and your country as gunner.

The set of multiple intense combating action levels will take players through the iconic deserts of island battlefields, with an immersive and high octane air to land shooting exchange, as the elite gunner force attempts to track and destroy you.

Are you ready for the dangerous Aerial Warfare? A deadly air attack is approaching you and the Enemy has launched a killer attack on the front line military chopper. It’s time to brace you and get ready for most brutal air fight with ferocious opponent gunships. Dangerous air attack is approaching you.
The super military commandos are airborne in a gunship military aircraft; it is your mission to defend the Land on battle field. In this action packed battle you will have to shoot down all the war targets.

Your advantage is that enemy commando fleet doesn't know quite well, which would delay their ambush tactics, so you would get a chance to respond to their onslaught blitz. So get hold of your ammo and destroy their assigned ambush, and bring glory to your state. Don't let any of the enemy’s soldier in your island base, to take the remnant of the war as they are trying to come to your base through parachutes, to get hold of any of the important material. You know that the enemy is expert in guerrilla war and they ambush places in no time in their mission. You have the choice of using modern aircraft gun or G3 or even Uzi, but use them wisely with limited.


How to Play:
- Touch and drag the screen to move/rotate gun left, right, up or down
- Tab Fire button to shoot, press hold button to burst fire.
- Head shoot will kill enemy soldiers on first spot.
- The weapons will reload it and you have limited number of bullets so use your ammo carefully.
- Don’t need to control the helicopter its auto pilot control around strike field. 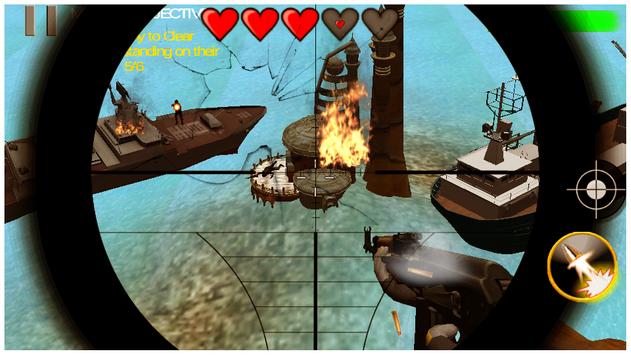 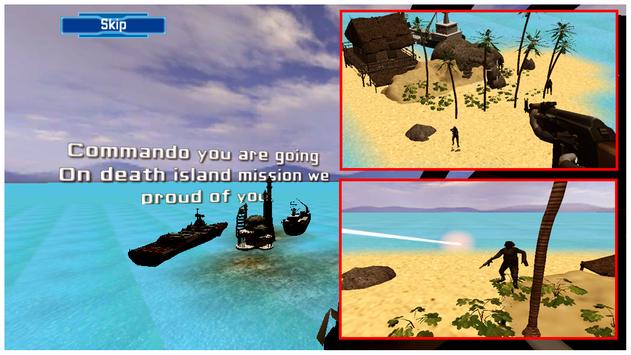