Game Dress Up Barbie Mariposa
Mariposa and her furry friend Zee return in Barbie Mariposa and the Fairy Princess.
In this magical adventure, Mariposa becomes the royal Ambassador of Flutterfield and is sent to bring peace between her fairy land and their rivals, the Crystal Fairies of Shimmervale.
While Mariposa does not make a great first impression on their King, she becomes fast friends with his shy daughter, Princess Catania.
However, a misunderstanding causes Mariposa to be banished from the fairy land.
As Mariposa and Zee return to Flutterfield, they encounter a dark fairy on her way to destroy Shimmervale.
Mariposa rushes back and helps Princess Catania save her fairy land and together, the two girls prove that the best way to make a friend, is to be a friend. 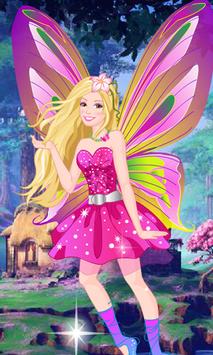 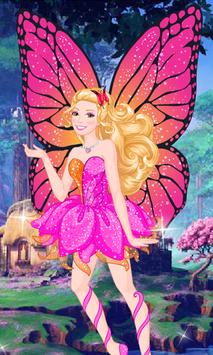